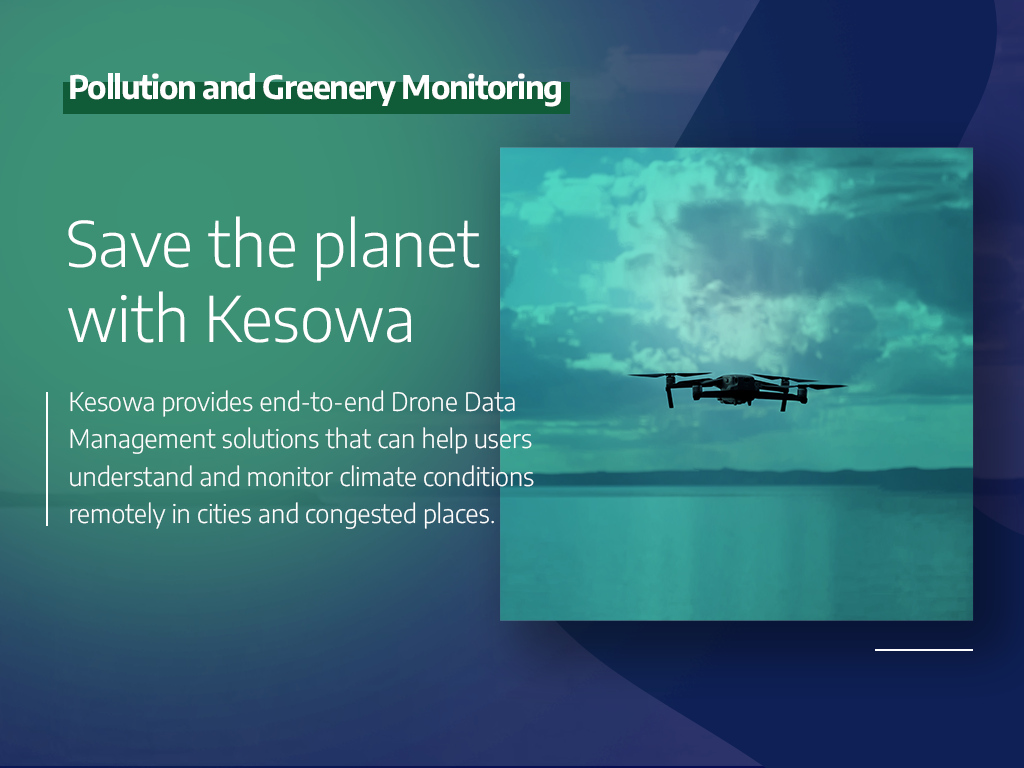 Pollution has become a major problem in recent years, and it is having a devastating impact on our environment. Trees and other plants are being destroyed by air and water pollution, and this is resulting in a loss of biodiversity. In addition, pollution is also causing climate change, which is resulting in more extreme weather events.

Monitoring pollution levels is essential to protect our environment. By understanding where pollution is coming from, we can take steps to reduce it. In addition, monitoring can help us to identify trends and patterns, which can guide us in developing more effective pollution-reduction strategies.

There is a need to monitor pollution to save greenery because pollution poses a threat to the environment. It can damage the plants and animals that live in the affected area and can also contaminate the soil and water. This can lead to a decline in the quality of life for people who depend on these resources.

Drones are proven to be valuable tools in a variety of industries, and now they may be able to help save the environment too.

Pollution is a major problem in many parts of the world, and it’s only getting worse. Traditional methods of monitoring pollution levels, such as sending people out to take samples, are time-consuming and often inaccurate.

Drones can be equipped with sensors that can take very precise measurements of pollution levels in the air, water, and soil. This data can then be used to create maps that show where pollution is most severe and identify areas that need to be cleaned up. With Kesowa users can have better Drone DataManagement.

In addition to monitoring pollution, drones can also be used to help save our greenery. Deforestation is a major problem in many parts of the world, and it’s often difficult to track how much tree cover is lost each year.

Drones can be used to take regular photographs of an area, which can then be analyzed to see how much tree cover has been lost over time. This information can be used to target areas for reforestation and conservation efforts.

Drones are already making a positive impact in the world, and we’re just beginning to scratch the surface of what they’re capable of. In the future, drones could be a key tool in the fight against pollution and the loss of our natural resources.

Get an AI-assisted alert on waste count during live video

Based on the live feed recorded from the drones, Kesowa can help identify and mark garbage on the video and geotagg it.

The software includes a street map, topographic and satellite tiers, and 3D overflight that can be used as a visual cue to asses and record air and ground rules.

This is a great way to avoid pollution, as people can simply fly the drone around to get a bird’s eye view of an area. This also allows them to mark specific areas that they want to avoid, or that they think might be polluted.

Users can also use drones to collaborate with others on maps. This is a great way to ensure that everyone is on the same page and that they are not missing anything important. Users can simply share their drone map with others, and they can add their observations and suggestions.

Get in touch with us to help you get the analyzed data you want in a structured report with a Dashboard powered from our Database of 3000+ Drone Pilots and Map Makers from across the world. Engage for specific requirements ranging from short term to long term commitments.

Management all your missions - photography and videography missions effortlessly. From planning to execution and sharing of data with Mission Planner.

Dedicated Pilot trained to fly with waypoints to capture linear videos along specific routes. Get geo tagged videos with ARU’s in built Video player where you can see the location of the drone along with the feed.

Get in touch for a Dialogue on custom requirements to meet your work flow. Our Experts can help on designing your drone team requirements end-to-end.

Explore how a Regulator (State Pollution Control Board) is using Drones to monitor and audit air pollution emission at different times of the day in an industrial area.

Read on how a collection of 142 Municipal Corporations are monitoring Canals and Green Verges with Drone Data to reduce environmental risks.

How a National Stock Market Listed Company used Drone Data to communicate their plans to the State Level Impact Assessment Committee of a Pollution Control Board to obtain approvals and bring transparency to the entire workflow.

How can drones help reduce pollution and protect our environment?

Drones can help us to monitor and collect data on air quality and pollution levels. They can also be used to deliver environmental protection resources such as trees and plants to areas that need them the most.

Get in Touch Today!

Questions about our product or pricing? Call for support

Our support will help you from 9am to 5pm IST.

Fill out the form and we'll be in touch as soon as possible.

We are a group of boundary less thinkers, collaborators, and creators who want to look ahead and create impactful futuristic services and solutions.