Emergence of The Information Age & Emergence Of A Global Currency

HomeBlogEmergence of The Information Age & Emergence Of A Global Currency 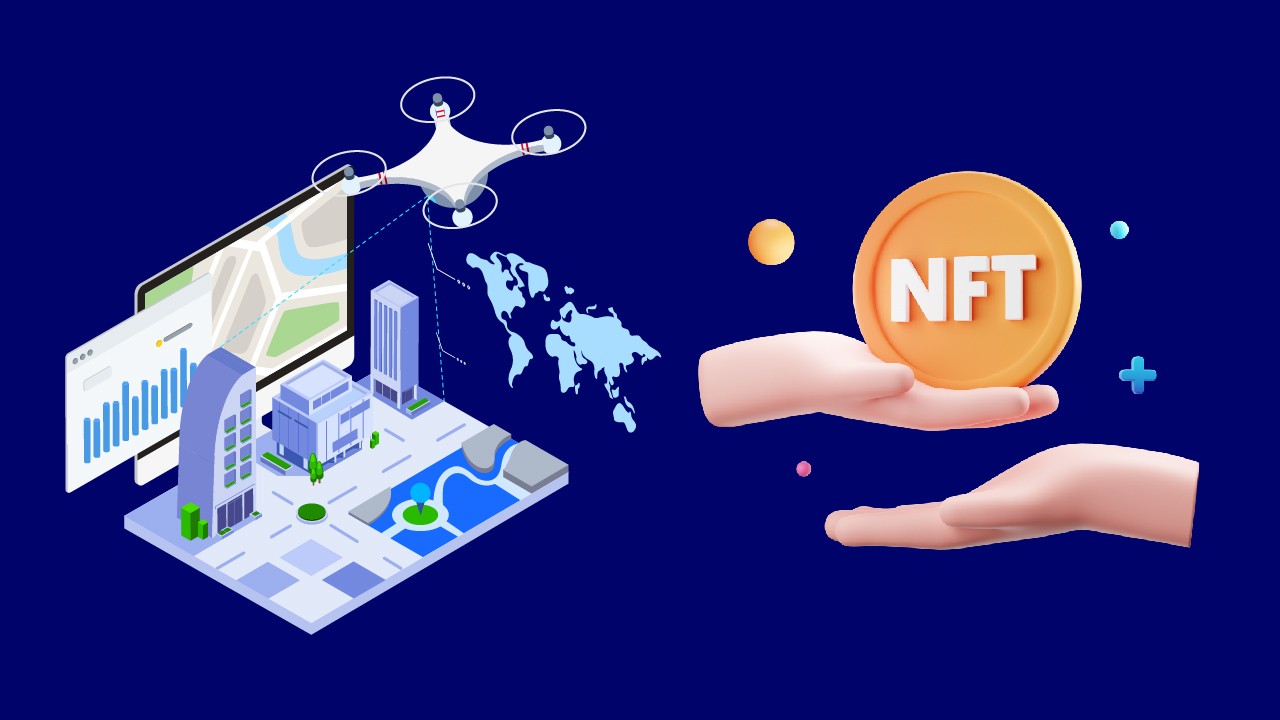 Decentralizing the Nature’s Gift Through Drone Data and NFTs

This information age brings a convergence of technologies like drone explorations, drone data tokenization, and decentralized cryptocurrencies. Put these together and we would be looking at an all-new microeconomy that is free from the clutches of centralized authorities. Not sure of how this can happen? Let’s begin with expeditions and their objects from times immemorial.

Expeditions and territorial expansions: From ancient to modern times

During ancient times, the monarchs used to fund expeditions and those who embarked upon the journey did so on behalf of their respective principals. So, every place they discovered was owned by the principal who funded their expedition.

For example, Jacques Cartier, who was funded by King Francis I of France, helped the French Monarch lay claim to North America. Similarly, Vasco da Gama was funded by the Portuguese Monarch King Manuel I, and Christopher Columbus by Ferdinand II and Isabella I.

As mentioned earlier, the ownership of the discovered territories belonged to those who funded the expedition, and the ownership was attached to data. Back then, the explorers created data by manually traveling around the world and mapping it.

They defined the timeline for the planet to follow in their image which has been accepted as the benchmark for humanity. These expeditions were very profitable but could sometimes be dangerous and cost lives. With technological innovation, that is no longer required because now drones can do the discoveries and land ownerships of these newly discovered territories can be attributed and sold through NFTs.

Sounds complex? Well, let’s break that down by discussing how expeditions can be carried out in this information age and its ownership sold without any government’s involvement.

Unlike the yester years, present-day expeditions can be carried out in a much more sophisticated and scientific manner by using drone technology. These are unmanned aerial vehicles (UAVs) that can capture images to create data similar to what explorers created by travelling around the world and manually mapping unexplored territories.

Image of a Land Parcel NFT on the ocean bed

The drone data can then be tokenised using the blockchain technology, which involves recording the data on an immutable public ledger and attaching its ownership to a non-fungible token (NFT). So, anyone who holds an NFT to a particular region owns it just like someone with a title deed to their name does in the regulated regions. These NFTs can then be purchased using decentralized cryptocurrencies that no government owns. Why is that necessary? Let’s find out!

The pressing need for a global currency

Image of Planet Earth from space

Trade and commerce require a medium of exchange and the barter system was the earliest documented one. The barter system involved the exchange of goods for other goods of similar perceived value. Gradually, this transitioned into bullion-based coins stamped by monarchs to denote various denominations.

Over time, the governments took over and established mints to issue coins and paper currencies, commonly known as fiat currency. Even this was okay, but only until 1933, when the gold standard was abolished. So, what was this gold standard? It was a system that obligated a country’s central bank to hold enough gold to pay for every coin or paper currency that was minted, and that made sense.

Since the gold standard was discontinued, none of the currencies are backed by anything other than their respective government’s assurance, and that has created mistrust. Currently, there is no transparency about how and why currencies are minted, and it is up to the governments to decide. This excess inflow of money into the economies has created inflation and deteriorated the quality of life.

Another issue with fiat is country-specific regulations because the respective governments track it, and sometimes, it may not be a fair deal because every government has its own aspirations.

To change the status quo, cryptocurrencies evolved. These currencies are fungible tokens issued using digital technology and are governed by none. In short, cryptocurrencies are a revolutionary solution that acts as a global medium of exchange. This can be used to purchase tokenized discovered land and since everything is recorded on the blockchain, there is a great deal of transparency.

Besides cryptocurrencies, the standardisation of the barter system seems like a viable solution, but its success depends on how the stakeholders – the markets, governments, and citizens adopt transparency to grow and emerge. This requires a universal protocol and, therefore, may not be a successful option but that is not the case with cryptocurrencies that can be hard-capped and managed through decentralized autonomous organizations (DAO) to truly democratize the global economy.

By utilizing such a currency to bring undiscovered land — a gift from the bountiful Mother Nature — into the hands of NFT owners, we decentralize nature’s resources by unleashing the power of digitization. Is that it? Definitely not! This system can even be used to fund public projects such as dams, buildings, and more in developing countries.

We talk about human rights but there are so many people who live in utter poverty because of the lack of affordable commutation. To them, the highly professed scholarships don’t mean a thing because they don’t have the means to get to the closest developed city — no roads, no public transport, nothing.

With that said, is it not time for the public and governments to start discussing how this can be done? What platform to use as a forum? The talk needs to begin and now is the time to truly decentralize the world economy by letting users own it. Time to hand over nature’s resources! Time to get things moving.